Lupe Fiasco, Jennifer Hudson & Common Team Up For “Remission” At SU2C Telecast - Stand Up To Cancer 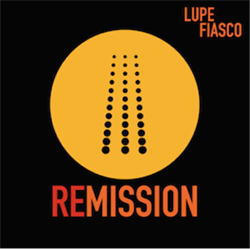 “REMISSION” AVAILABLE WITH DIGITAL RETAILERS ON 9/5; SONG TO BENEFIT STAND UP TO CANCER(New York, NY – August 29, 2014) – Today, Grammy Award-winning, critically acclaimed artists Lupe Fiasco, Jennifer Hudson and Common have announced they are teaming up to perform their new track “Remission” for the first time at the Stand Up To Cancer telecast on Friday, September 5th. The song, which is the remix to Lupe Fiasco’s powerful track “Mission,” supports Stand Up To Cancer, a groundbreaking grassroots movement raising funds to accelerate the pace of cancer research.

“Remission” will be available with digital retailers directly after the telecast performance with artist, producer and record label royalties being donated to Stand Up To Cancer, a program of the Entertainment Industry Foundation 501(c)(3) charitable organization. To help promote the release of the track and performance, Lupe Fiasco, Jennifer Hudson and Common have released a behind-the-scenes video of them in the studio during the recording process of “Remission” offering insight into the track and a snippet of the song.

“Remission” Behind The Scenes Video: https://www.youtube.com/watch?v=06YFdXK-PLg

“Remission” is a track to empower those facing cancer, celebrate survivors and remember those lost to cancer-related illnesses. The track tells the story of the emotional burden of cancer, through Jennifer Hudson, Lupe Fiasco and Common, while also working to inspire those touched by the disease, or currently battling it.

###
About Lupe Fiasco: Lupe Fiasco, once named GQ Magazine’s “Man of the Year” and Rolling Stone Magazine’s “Artist to Watch,” has been praised since his breakout hit “Kick Push” in 2006 for his philosophical, sharp and dynamic lyrics. His debut album Food & Liquor reached No. 8 on the Billboard 200 and subsequent album The Cool attained RIAA Gold certification. His next album LASERS debuted as the #1 album in the country and achieved another RIAA Gold certification, while his most recent release Food & Liquor 2: The Great American Rap Album Pt. 1 was hailed as one of the best albums of 2012 by USA Today. As Lupe has gears up for the release of his new album Tetsuo & Youth in 2014, he has been solidified as one of the foremost lyricist in pop culture. For more information on Lupe Fiasco and his new album Tetsuo & Youth, please visit http://www.WeAreOnAMission.org.

About Jennifer Hudson: Grammy Award and Academy Award winner Jennifer Hudson is an extraordinary talent.  Hudson’s highly anticipated new album, “JHUD,” is scheduled to drop September 23rd. She most recently released singles, “I Can’t Describe,” featuring TI. “Walk It Out,” featuring Timbaland; and “It’s Your World,” featuring R. Kelly. Hudson’s 2008 debut album went Platinum and entered Billboard’s Top 200 at No. 2 thus marking the biggest first week sales for an R&B female entry since 2004. The album was nominated for four Grammys and won for “Best R&B Album.”  In 2009, Hudson released her sophomore album, “I Remember Me” which debuted at No. 2 on Billboard’s Top 200 and R&B Albums charts and has since been certified Gold in the U.S.  Hudson won an Academy Award for her role in “Dreamgirls,” an adaptation of the Broadway musical.  Her breakout film performance also garnered a Golden Globe Award, a Screen Actors Guild Award, a BAFTA and an NAACP Image Award. Additional film credits include “Sex and the City,” “Secret Life of Bees,” “Winnie Mandela,” “The Inevitable Defeat of Mister and Pete,” and “Black Nativity.”

About Common: Multi-Grammy Award Winning Musician, noted Actor, Literary Author, Community Activist and Inspirational Leader COMMON has spent his career pushing boundaries and taking listeners out of their comfort zones with his socially conscious words.  With his continued work in film, COMMON has emerged as one of Hollywood’s most sought after leading men and has been seen on the silver screen in numerous box office hits. His highly anticipated tenth studio album Nobody’s Smiling was released by Def Jam/Atrium Records on July 22, 2014.  An accomplished writer of multiple literary works, COMMON released his deeply personal memoir, “One Day It’ll All Make Sense.” In 2007, he launched the Common Ground Foundation, which empowers youth in urban communities. Whether inspiring audiences through music, movies, books or his foundation, COMMON continues to break new ground, and remains to be one of hip hop’s most innovative, positive voices.

About Stand Up To Cancer: Stand Up To Cancer (SU2C) raises funds to accelerate the pace of research to get new therapies to patients quickly and save lives now. SU2C, a program of the Entertainment Industry Foundation (EIF), a 501(c)(3) charitable organization, was established in 2008 by film and media leaders who utilize the industry’s resources to engage the public in supporting a new, collaborative model of cancer research, and to increase awareness about cancer prevention as well as progress being made in the fight against the disease.